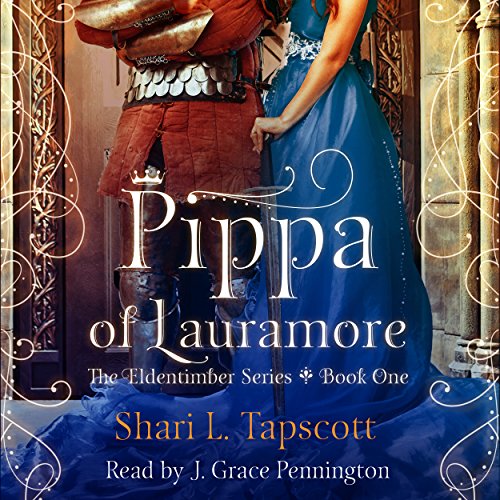 Act like a lady. Don't swim in the waterfall. And whatever you do, never slip into the woods for a romantic, moonlit ride.

When a princess turns 18, she is not supposed to sneak away from her own birthday celebration with the first handsome prince she meets. But Pippa is not just any princess, and there is nothing she enjoys more than a moonlit ride through the woods. Only one thing could ruin a beautiful evening under the stars with Galinor, the dark-haired, blue-eyed prince of Glendon - and that's her father tracking her down.

When King Ewan catches Pippa, he orders her to spend 12 days of confinement in the castle. This is an inconvenience for the princess, considering 30 princes and lords have come from all across the Kingdoms of Elden to fight in a tournament for her hand in marriage. Not willing to stand idly by while her fate is being decided, Pippa enlists the help of her childhood friend Archer, master archer of the kingdom. Together, they make a pact to do everything in their power to ensure Galinor's victory in the tournament.

But as the events progress and the stakes get higher and higher, Pippa and Archer are forced to not only confront marauding bandits, angry dragons, and King Ewan's wrath, but also the growing attraction between them....