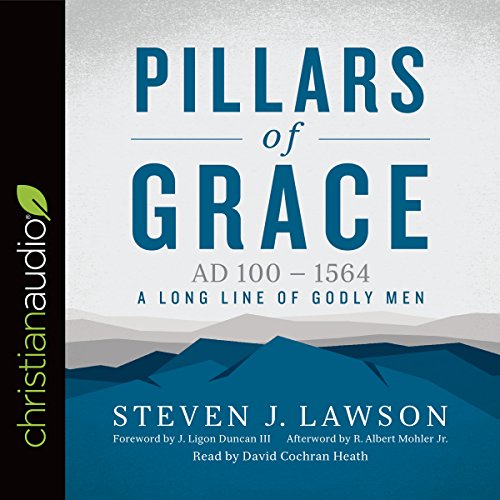 The doctrines of grace are often known as the five points of Calvinism, but they were not the invention of John Calvin or his reforming cohorts of the 16th century. Rather, they are biblical doctrines, as Dr. Steven J. Lawson demonstrated in his book Foundations of Grace (2006). Now, in Pillars of Grace, Dr. Lawson shows that the doctrines of grace have been understood and taught sometimes in embryonic form, sometimes with great clarity throughout Church history.

From the time of the early Church fathers to the years of the Reformers, there have been key men in the Church, pillars as it were, who stood on the foundation of scripture and upheld the truth of God's sovereign role in salvation. In Pillars of Grace, Dr. Lawson walks listeners through the ups and downs of Church history, profiling these voices for the truth. The inescapable conclusion is that the doctrines of grace are no innovation but the consistent witness of some of the greatest men of the Church.