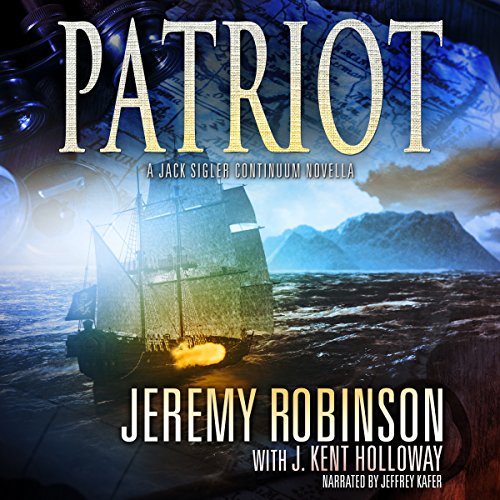 Sometimes, the cost of immortality is too high….

The year is 1775, and the first rumblings of the American Revolution are only just being felt. But the War for Independence may be over before it even begins. When General George Washington learns of a daring expedition by British troops to discover a place of ultimate power - and the key to immortality itself - he knows that to salvage the war effort, his forces must get there first.

And to find the legend, Washington must employ a legend. Rumors of an ageless pirate who has haunted the high seas for more than a century abound. General Washington commissions an expedition to find and hire the immortal pirate, Lanme Wa - the Sea King - who has been stretched to the point of breaking, and who wants nothing more than to be left alone.

Their mission will not be easy. In a Caribbean world filled with voodoo, giant pythons, mischievous spirits, and an army of mindless creatures who could live for millennia, the privateers of the Continental Navy might have bitten off more than they can chew.

Jack Sigler, an immortal Special Ops soldier stuck in the past, forced to live through thousands of years of history to return to his family in the present, is back in this second Continuum thriller from Jeremy Robinson and J. Kent Holloway, who once again boldly re-imagine history.