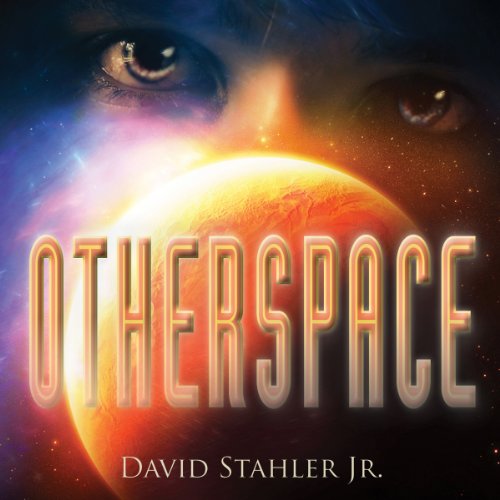 The third novel in David Stahler’s Truesight arc, Otherspace follows series protagonist Jacob, a Seer who came into his powers late in life, as he strikes out in search of others like himself. He’s heard of a colony where he might finally find a home...but as the journey there proves deadly dangerous, and Jacob continues to manifest new powers, he begins to wonder if such a place even exists for him.

Voice actor Macleod Andrews is a surefooted performer with a quick, sometimes clipped style that will keep listeners captivated as the action unfolds in this captivating science fiction thriller.

Jacob can see - and his vision brings him great power. But he still hasn't found what he's been looking for....

Danger is closing in. The stars are calling. And young Jacob Manford is restless. He's tried settling into life as a Seer, but he hasn't forgotten the ghostly boy who told him about a new colony - a colony for those who were once blind but can now see. A place for people like Jacob.

Soon Jacob buys passage on a cargo ship hurtling toward distant planets. But strange events along the way worry him. Is he moving toward a new life and a new sense of peace? Or is he simply bringing trouble with him?

In this thrilling conclusion to the Truesight Trilogy, new powers awaken within Jacob, while all of the forces that have threatened his past join together in an attempt to destroy his future.