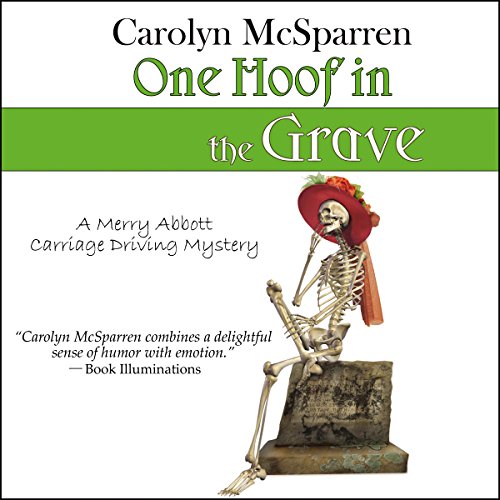 One Hoof in the Grave

Once again, Merry Abbott has to catch a killer in the high-stakes world of carriage driving competitions.

Nothing ruins an elegant Southern horse show like finding a murdered man with a tent spike through his neck. Merry's at the top of a long list of suspects who have plenty of reason to want the victim dead. But soon it becomes obvious that she's also at the top of the real murderer's next-to-die list.

Climb into the carriage seat for a wild ride as Merry hunts for clues, teaches her first (and maybe last) driving clinic, tries to rein in her attraction for a handsome GBI agent, and dodges a killer. Merry Abbott's taking a new mystery out for a spin.

Das sagen andere Hörer zu One Hoof in the Grave