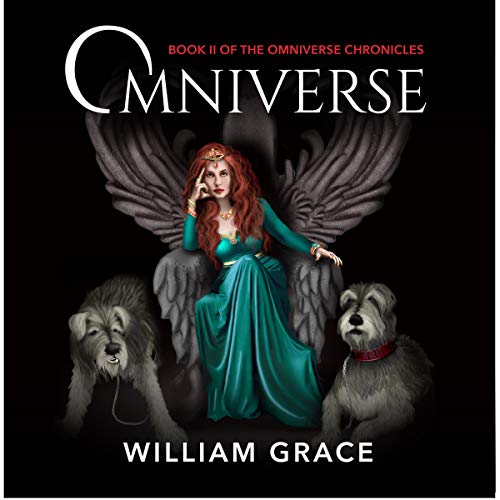 The Odyssey of the Warrior's Path Continues....

Jack Thornton and Sean Plunkett have survived seemingly fatal wounds, while Aiyanna, the Last of the People of the Songs, has become Jack's lover. Their deadly enemy, Heinrich Kuhl, has vanished but remains hell-bent on destroying them both, as does his eldritch master - the Yarvaak Golu: The-God-Who-Waits.

Former friends who are now enemies also seek to destroy them: Brighid, the Red Queen, once Jack's mistress but now driven half-mad by her jealousy of Aiyanna; Inspector Travis Napoleon Tyler, who blames Jack for the fiery deaths of two police officers during the gun battle in Union Square; Ramage Calder and Eiger, his giant deaf-mute bodyguard, who have orders to kill both Jack and Aiyanna if they prove to be Interlopers in the guise of human beings.

Jack and Aiyanna are also threatened by new enemies: Kuhl's master: The Changeling, once human but now a monstrous servant of The-God-Who-Waits; Milo Astor Stylet, a psychopath recruited by the CIA as part of the Ambergris Protocol; a giant predator summoned by the Yarvaak Golu from its hunting grounds in the depths of the Pacific Ocean; Katie Moran, a winsome Girl Scout sent by Kuhl to murder them with a deadly sea shell hidden in a box of cookies; and the beautiful Chloe Witherspoon, an initiate of the Court of Flowers, who seduces one of Jack's trusted friends and makes him her willing accomplice.

Also numbered among Jack's enemies is his own alter ego: Cuchulain, the Blood Lord, a warlord whose berserker's bloodlust and savagery threaten all around him when he is roused.

But Jack and Aiyanna find new friends and allies as well: Annabelle, the mischievous pixie who is drawn to Jack; the Fays, creatures of Faerie who have come to watch over Aiyanna; Ben Carson, once Jack's platoon sergeant in Vietnam and now a Modoc County sheriff's deputy; Charley Tall Tree, Modoc guide and tracker; The Old One, a blind Modoc Wise Woman who looks deeply into Jack's soul and sees what is hidden there; and, as always, there is Jack's mentor, the wise and lethal Sean Plunkett.

The second book of the Omniverse Chronicles will see Jack travel from his new home in Marin County to an Edenic grove of Redwoods, where the murderous dimensions of Brighid's jealousy are revealed to him. Jack Thornton will also find himself standing before his former lover and her court in a terrible dream: a dream in which Death may claim him as surely as it would in the waking world.

Jack, Aiyanna, and Sean Plunkett will journey to the far northern reaches of California in search of their mortal enemy, Heinrich Kuhl. There Jack will face instead the Changeling and its hideous servants in a duel to the death where not only his life - but his very soul and our world - are the hazard.

Follow Jack and Aiyanna as they face new perils in the second volume of The Omniverse Chronicles....