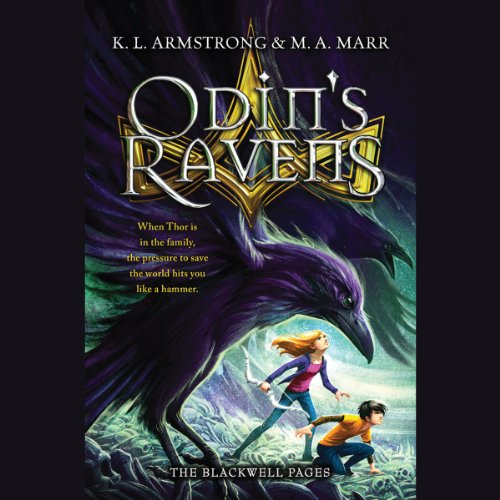 Seven kids, Thor's hammer, and a whole lot of Valkyries are the only things standing against the end of the world.

When thirteen-year-old Matt Thorsen, a modern day descendant of the Norse god Thor, was chosen to represent Thor in an epic battle to prevent the apocalypse he thought he knew how things would play out. Gather the descendants standing in for gods like Loki and Odin, defeat a giant serpent, and save the world. No problem, right?

But the descendants' journey grinds to a halt when their friend and descendant Baldwin is poisoned and killed and Matt, Fen, and Laurie must travel to the Underworld in the hopes of saving him. But that's only their first stop on their journey to reunite the challengers, find Thor's hammer, and stop the apocalypse - a journey filled with enough tooth-and-nail battles and larger-than-life monsters to make Matt a legend in his own right.

"These authors are no strangers to weaving a compelling tale. Once the story moves past the background, the plot picks up quickly and the adventure doesn't disappoint." ( Library Media Connection)