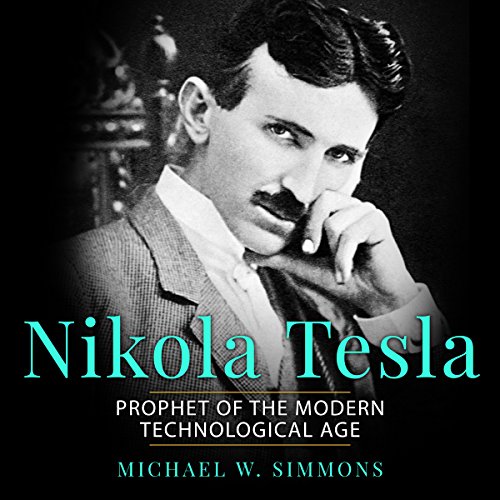 Nikola Tesla: inventor or magician? Tesla was one of the most famous inventors who ever lived, but after his death, he was nearly forgotten. He was a celebrity during the height of America's Gilded Age. In this book, you will hear about his friendship with Mark Twain, his furious competition with his former employer Thomas Edison, his uneasy relationship with billionaire J.P. Morgan, and his rivalry with Albert Einstein.

During his lifetime, Tesla revolutionized the field of electrical engineering with his most famous invention: the induction motor. But that wasn't all he contributed to the world of technology. His coils, turbines, robotic boats, and mysterious "death ray" continue to beguile the imagination and inspire the inventors of the 21st century.

But who was Tesla really? This book will take you from his early childhood in Croatia, where he experienced strange optical visions and "luminous phenomenon" that gave him near super-human powers of memory and visualization, to the "War of the Currents", Thomas Edison's bizarre campaign to ruin Tesla's reputation. From trying to fight the Spanish American War with robots, to electrifying the skies of the Colorado desert, to starting an earthquake in the middle of New York City, learn how Nikola Tesla shaped the world we live in today.