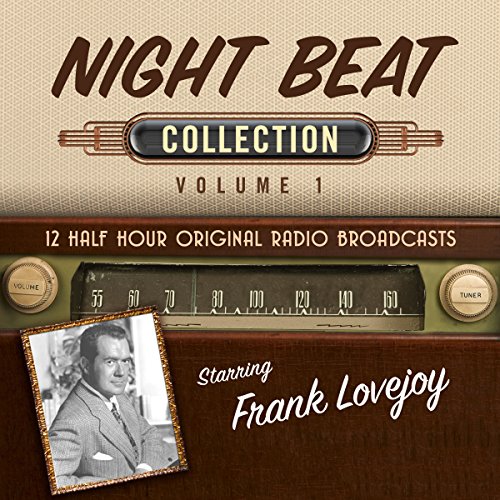 There were several newspaper-based dramas during radio's golden age including "The Big Story," "Casey, Crime Photographer", "Box 13", and "Let George Do It" but "Night Beat" was a cut above the others.

Night Beat followed Randy Stone, a hard-nosed Chicago Star newsman and his quest for the human-interest story behind the headlines. Hollywood actor Frank Lovejoy voiced the role of Randy Stone, who brought the character to vivid life thanks to expert scripts written by Russell Hughes, E. Jack Neumann, John Michael Hayes (who would later write the Hitchcock film classics "To Catch a Thief" and "Rear Window"), and Larry Marcus. Lovejoy's distinctive voice and approach to the role, combined with top performances by veteran radio actors, gave "Night Beat" a radio noir style that listeners loved. The stories ran the gamut from lighthearted to tragic and through it all, Randy Stone, in a hard-boiled yet sensitive portrayal, would narrate the stories and comment on them from beginning to end - often with a hard-edged cynicism.

"Night Beat" aired on NBC radio from 1950 to 1952 and, for a time, was sponsored by Wheaties. Enjoy 12 half-hour episodes of one of the best dramas ever to be heard on radio.

6-12-50 The Football Player and the Syndicate