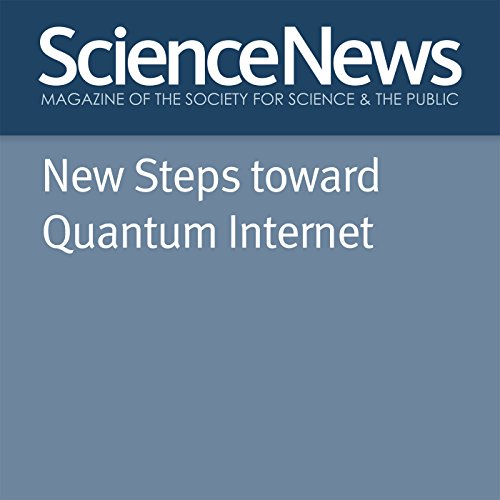 Washington - A quantum internet could one day allow ultrasecure communication worldwide - but first, scientists must learn to tame unruly quantum particles such as electrons and photons. Several new developments in quantum technology, discussed at a recent meeting, have brought scientists closer to such mastery. Physicists are now teleporting particles’ properties across cities, satellite experiments are gearing up for quantum communication in space and other scientists are developing ways to hold quantum information in memory.

"New Steps Toward Quantum Internet" is from the October 15, 2016 issue of Science News.