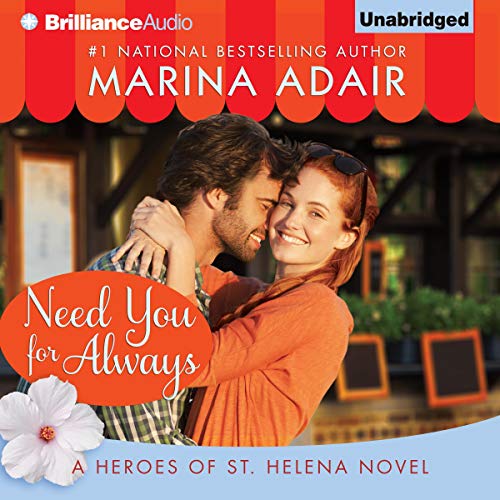 Need You for Always

Emerson "Emi" Blake dropped out of culinary school to care for her ailing mother, but she has bigger dreams than running St. Helena's most popular pita cart. First on the menu: upgrade to a gourmet food truck. A new part-time job as a personal chef will definitely provide the funds, but it also forces her into close contact with her one and only one-night stand, Dax Baudouin, who's daring her to try a second taste.

Former army Ranger Dax has a clear mission: come home, get healed, and get gone. Yet Emi's tough-girl exterior and hidden soft side are even harder to resist than her mouthwatering baklava. After years of battles, he knows better than to try and rescue anyone - not that she'll let him get close enough to try. Truth is, Dax is starting to think that Emi's the one person who can save him...if he can just persuade her to give him another shot.