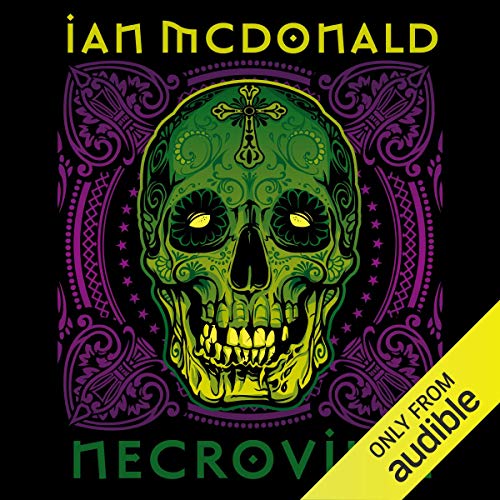 In the Los Angeles ghetto of Necroville, the yearly celebration of the Night of the Dead - where the dead are resurrected through the miracle of nanotechnology and live their second lives as non-citizens - becomes a journey of discovery and revelation for five individuals on the run from their pasts.

With his customary flair for making the bizarre both credible and fascinating, McDonald tosses aside the line of demarcation between living and dead in a story that confronts the central quandary of human existence: the essence of non-being.

"McDonald's lush prose paints a vivid and credible Armageddon. World-building SF that's punk, funky, and frightening: a fantastic acid trip to the end of the world." (Kirkus)
"McDonald, who won the Philip K. Dick Award for King of the Morning Queen of the Day, reveals the workings of his bizarre society through the exploits of five friends as they search for the meaning of life in the Necroville at Los Angeles on the Night of the Dead. Sorting through five points of view requires some patience, but it is well rewarded. In the best science fiction tradition, McDonald provokes reexamination of current societal standards through the prism of another time and place." (Publishers Weekly)