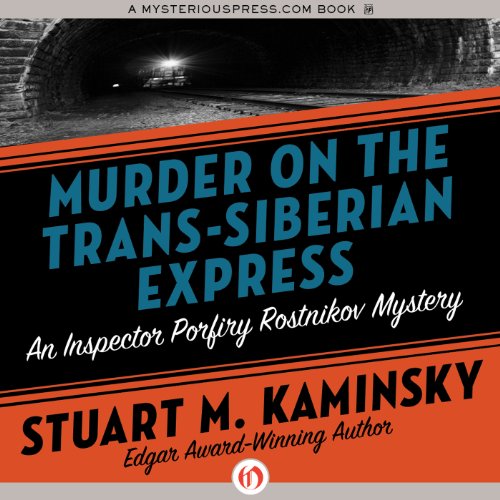 Murder on the Trans-Siberian Express

Murder on the Trans-Siberian Express

Inside the Moscow Police Department, madness reigns. Inspectors Karpo and Zelach enter the underground world of post-punk rock clubs searching for clues to the disappearance of an anti-Semitic rock star who happens to be the son of one of Moscow's most powerful Jewish citizens.

Then there is the young woman, dubbed the "Phantom of the Underground," by the media, who is randomly stabbing well-dressed men in the Moscow Metro. And Chief Inspector Rostnikov is en route to Vladivostok in a first-class carriage on the Trans-Siberian Express - the greatest train in the world. It now carries two hand-picked officials of the Moscow Police - and an extortionist who may have information that could bring down the entire Russian government.