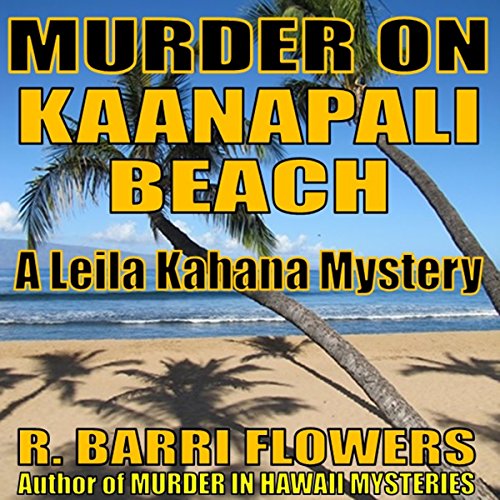 Murder on Kaanapali Beach is the highly anticipated sequel to the best-selling Murder in Maui by award winning crime writer R. Barri Flowers.

Maui County homicide detective and composite sketch artist Leila Kahana and her new partner, Detective Jonny Chung, take on the case of a beautiful college instructor found murdered on the island's famed Kaanapali Beach, even as Leila continues to be haunted by a frustrating case of serial murder.

Joyce Yashiro, estranged from her husband, was suffocated when she was forced face down into the soft sand on the beach. The case is anything but simple as the victim's life and those of the people around her are put under the microscope, with a killer watching every move the police make.

In a seemingly unrelated case, Detectives Rachel Lancaster and Trent Ferguson investigate the execution-style murder of businessman Parker Breslin in front of his Kihei home. It seems that more than one person may have wanted Breslin dead and someone made sure it happened.

As the two murder investigations progress with a myriad of suspects, a surprising connection between the cases and crimes emerge. But is there one killer or two?

As these cases move full steam ahead, there is also a brutal serial killer on the loose. Dubbed the "Zip Line Killer", he has been terrorizing women on the island, strangling them with a zip line, for over a year, while staying safely out of reach of the authorities.

Now he has struck again and Leila and Chung, along with their Lieutenant Blake Seymour, are determined to bring him down.

Do they finally have a break that can put this frightening killer behind bars before he strikes again? Or is he merely toying with them while sizing up his next victim?