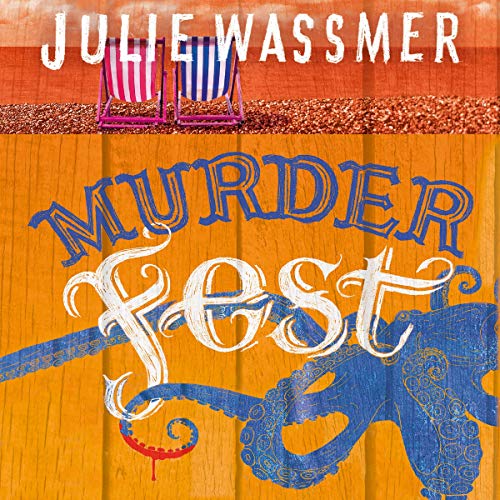 Pearl's detective agency takes a back seat as she prepares to offer a warm welcome to a group of special visitors. A local Arts Festival is being held to honour a cultural exchange visit from representatives of Borken - Whitstable's Twin Town in Germany.

Yet very soon, personality clashes surface among the participants; local politicians try to use the festival for their own ends while others jostle for improved billing on the festival programme. Tempers flare, old feuds re-surface and on the eve of the first event, a cryptic message - Murder Fest - is received by the local police. Before DCI Mike McGuire has a chance to investigate, the festival commences with an unscheduled event when a celebrated author is found brutally murdered....

Soon the only 'Arts' on display are dark ones, as Whitstable's celebration of local culture transforms into a real-life murder fest - offering Whitstable's Pearl Nolan another mystery to solve.

"A tried-and-tested crime recipe with Whitstable flavours that makes for a Michelin-starred read." (Daily Mail)

"My new favourite author in the genre." (George Galloway)