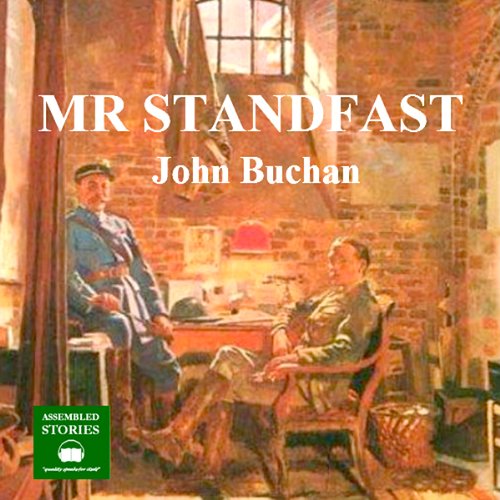 Once again Brigadier General Hannay is taken from the trenches of the front line to save his country on a desperate mission. This time he must find the genius behind a vast network of spies infiltrating English pacifists and conscientious objectors. Hannay finds the man only to have him evade capture at the last moment. However, this is only the beginning of a thrilling adventure which takes him back to Scotland for more exploits in the manner of The Thirty Nine Steps, to France again and on to Switzerland, pitting his wits against the mastermind behind the sinister organisation ‘the wild birds’.

All his old friends are with him and our hero has to convince Bullivant, Blenkiron, Peter Pienaar, and the love of his life, Mary Lamington, that he would recognise the chameleon like villain again who must be hunted down and destroyed to avoid defeat of the Allies. The riveting tale contains some chilling descriptions of ‘modern warfare’; the new weapon, gas; and comes to a climax with the brave antics of that new breed of men, the Royal Flying Corps.