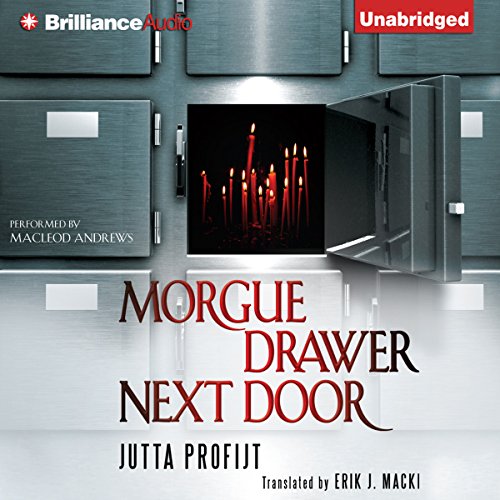 As crime-fighting teams go, Dr. Martin Gänsewein and Pascha are an unlikely pair. Martin is a shy, scrupulous forensic pathologist who spends his days autopsying dead bodies, while Pascha is the gregarious ghost of a former car thief whose murder Martin reluctantly helped solve. After narrowly surviving that adventure, Martin wants nothing more than a little peace and quiet.

Unfortunately, the good doctor is out of luck thanks to the arrival of Marlene, the spirit of a nun killed in a fire that ravaged her medieval convent and home. Though disappointed that his new sidekick isn’t a leggy blonde, Pascha empathizes with Marlene - and suspects that the deadly fire was no accident. The ghosts are determined to uncover the truth, but they can’t do it without Martin’s help.

Together with Martin’s girlfriend Birgit, the trio embarks upon a madcap (and frequently hilarious) adventure that will enchant listeners from beginning to end.