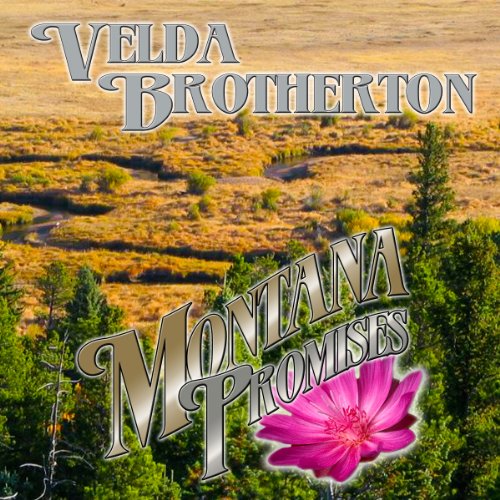 Montana Promises is a western historical romance filled with passion, vengeance, loss and love. An epic adventure as vast and wild as the untamed big sky country...

Tressie Majors is left alone in a soddie on the vast great plains after the death of her mother in childbirth. She has no idea where her father might be. Struck by gold fever, he abandoned his family and set out for the gold fields of Montana Territory. She wants only to find him and seek revenge. As she buries her mother and the child, she sees a horse and rider approaching in the distance. Perhaps this is her way out.

Reed Bannon is a wanted man. Shot when he steals a horse from a Union officer, he rides west, his blood leaving a trail across the treeless plains. He flees not only the Battle of Prairie Grove where he served with McCulloch's army, but his connection to his mother's people, the mighty Sioux. He seeks a future free from the prejudice againt his Indian heritage and the violent acts he has been driven to.

Half-dead, Reed survives only because of Tressie's care. He is her only hope in the pursuit of her hated father. The wild plains and mountains threaten attacks by savage Indians and gold-seeking white men who pose a threat for any woman alone. But he fears those who pursue him will pose more of a threat to her than if she remains in the soddie. So he denies her request to go along and sneaks off without her.

She refuses to remain and strikes out to follow him. By the time she catches up, he has no choice but to take her along. Together they embark on a quest that leads them to the depths of danger and the heights of passion. Torn apart by bitter circumstances neither can forget the love that binds them together forever.