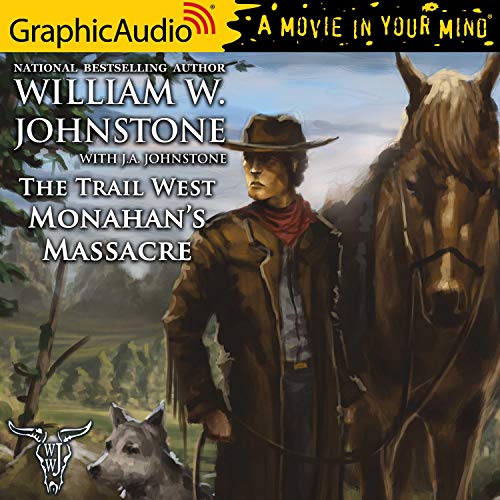 The accidental gunslinger Dooley Monahan has quit wandering and settled down to a farmer’s life. But when the itch for adventure gets too strong, he packs up and rides west. Along with his horse General Grant, and Blue, a dog who’s too smart for his own good, Dooley rides for the Black Hills to strike it rich in the gold fields of Colorado. But fate has other ideas.

When the trigger-happy Dobbs-Handley gang holds up the Omaha bank, Dooley is mistaken for one of the robbers, and a price is plastered on his head. With every lawman in the territory hot on his trail, Dooley has no choice but to join up with the murderous outlaws. If the hangman doesn’t get him, his new friends will, but Dooley won’t turn back. With Blue and General Grant at his side, Dooley will make his fortune — come hell, high water, and everything in between.

Because when you’re Dooley Monahan, trouble ain’t far behind.