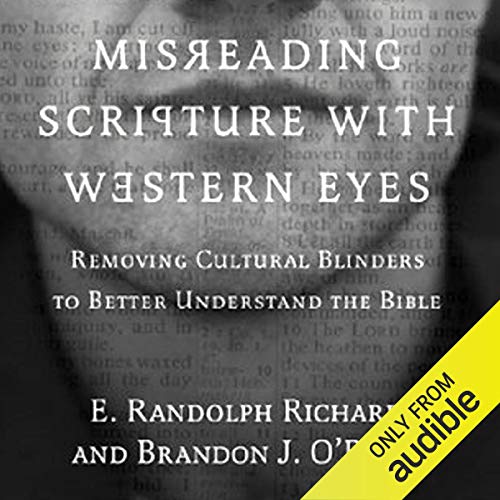 What was clear to the original readers of Scripture is not always clear to us. Because of the cultural distance between the biblical world and our contemporary setting, we often bring modern Western biases to the text. For example: When Western readers hear Paul exhorting women to "dress modestly", we automatically think in terms of sexual modesty. But most women in that culture would never wear racy clothing. The context suggests that Paul is likely more concerned about economic modesty - that Christian women not flaunt their wealth through expensive clothes, braided hair, and gold jewelry. Some readers might assume that Moses married "below himself" because his wife was a dark-skinned Cushite. Actually, Hebrews were the slave race, not the Cushites, who were highly respected. Aaron and Miriam probably thought Moses was being presumptuous by marrying "above himself". Western individualism leads us to assume that Mary and Joseph traveled alone to Bethlehem. What went without saying was that they were likely accompanied by a large entourage of extended family. Biblical scholars Brandon O'Brien and Randy Richards shed light on the ways that Western readers often misunderstand the cultural dynamics of the Bible. They identify nine key areas where modern Westerners have significantly different assumptions about what might be going on in a text. Drawing on their own cross cultural experience in global mission, O'Brien and Richards show how better self-awareness and understanding of cultural differences in language, time, and social mores allow us to see the Bible in fresh and unexpected ways. Getting beyond our own cultural assumptions is increasingly important for being Christians in our interconnected and globalized world. Learn to read Scripture as a member of the global body of Christ.

One of the best books about Bible Interpretation

I am reading many books about Bible interpretation/hermeneutics/exegesis. It is a revealing book, which really shows that we are reading the Bible with Western Eyes and by this missing some important points.