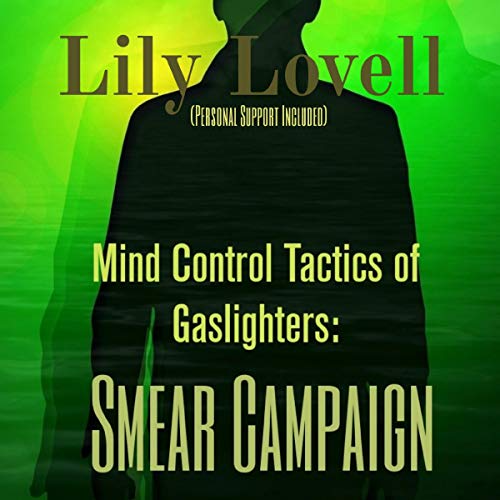 There are many mind control tactics in the gaslighter’s bag of tricks. If you are interested in this audiobook, it is likely a gaslighter has set his sights on you. He is trying to drive you mad, and his malevolent tactics might be working. You don’t want to buy into the reality that he is trying to sell you; he is trying to shove his reality down your throat.

The gaslighter is in a fantasy world all his own. Gaslighters go to extenuating circumstances to make another person feel unhinged. I have seen gaslighters break into their ex-partner’s home to steal random things. Or, they throw puppies in the swimming pool to make all the neighbors hate the dog’s owner. Or, they steal car keys and house keys to make a person’s life completely miserable. They hide their partner’s belongings, or they hack into all their accounts.

Gaslighters will work on your boss to try to get you fired. They will convince your pretty girlfriend that you were the worst person they ever dated; then have sex with her behind your back. Gaslighters have tons of tools at their fingertips with the internet available. They can read strategy books on mind control, some of them written by the military Psychological Operations leaders - experts in ssmearpinning propaganda to...

Get the audiobook now to hear more.