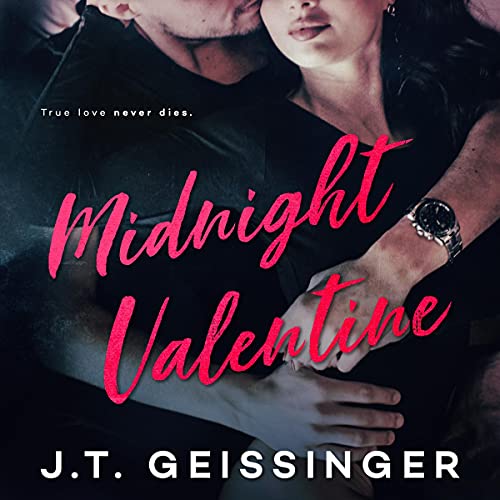 A compelling stranger with dark secrets forces a young widow to confront her past in this sexy and suspenseful romance from best-selling author J.T. Geissinger

Megan Dunn arrives in Seaside, Oregon a broken woman with a dream: open a B&B like she planned to do with her husband, Cass, whose life was tragically cut short five years ago. But the old Victorian she bought needs extensive renovations and the one man who can help her - Theo Valentine - takes an immediate and intense dislike to her.

Left scarred and unable to talk after a terrible accident, the reclusive Theo is a brilliant contractor whose plans to renovate the building Megan bought are eerily similar to her own. As their paths cross again and again and Megan begins to see the man beneath the mystery, a part of her that she thought was lost forever slowly starts to reawaken.

But when she discovers unsettling similarities between Theo and her late husband and strange coincidences begin to mount, Megan is forced to confront everything she believed about her past and decide how far she’ll go to get the truth...and if she’s ready for what she’ll find when she does.

Is a second chance at a once-in-a-lifetime love possible, or is a broken heart the cruelest kind of liar?

a really sub-par narrator! It's a testament to JTG's storytelling abilities that I was able to stick with this audiobook.

Teri Clark Linden reads every sentence with just about the same inflection and the resulting monotone is truly irritating. I turned the speed up to 1.15 and got lost in the story, and am VERY glad I did.

Midnight Valentine has the potential to be unbearably schmalzy but it's not. The two main protagonists, Theo and Meghan, are not as sassy and opinionated as JTG's usual characters. They're both a little lost but the story still contains many instances of the snappy dialogue we are used to from JTG. A lot less sex than usual but that fits with the the story.

There's a lot of raw pain that is offset by the story's unforced message that NOT everything in life is random and coincidental. It's a story for believers in miracles, fate, infinity, and sass.