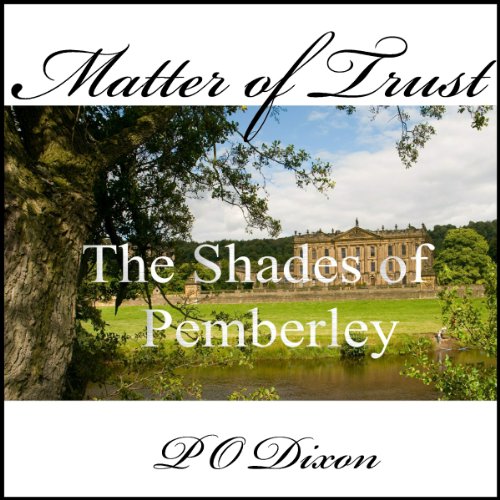 Matter of Trust: The Shades of Pemberley

Matter of Trust: The Shades of Pemberley

Fitzwilliam Darcy has a history of cleaning up after George Wickham - the person whom he despises more than anyone in the world. First, he acted to save his sister from the villain when he set out to elope with her while she was only 15. Not long thereafter, Darcy impetuously declared his intention to marry a charming young woman from Hertfordshire, whom he secretly admired, to save her from scandal and ruination at the hands of his nemesis.

Darcy hoped he had seen the last of Wickham. Then, after three decades abroad, an aunt he never knew showed up on his doorstep shrouded in mystery and armed with secrets threatening his family’s legacy. For reasons of her own, she invites George Wickham into their lives. Wickham's reappearance sorely tests Darcy's relationships with his bride, his aunt, and his sister.

Knowing Wickham better than anyone, Darcy sets in place a trap that is certain to ensnare the scoundrel, thus revealing the man's true character to everyone. Matter of Trust is an engaging Pride and Prejudice "what-if" story with a hint of intrigue and a touch of romance.