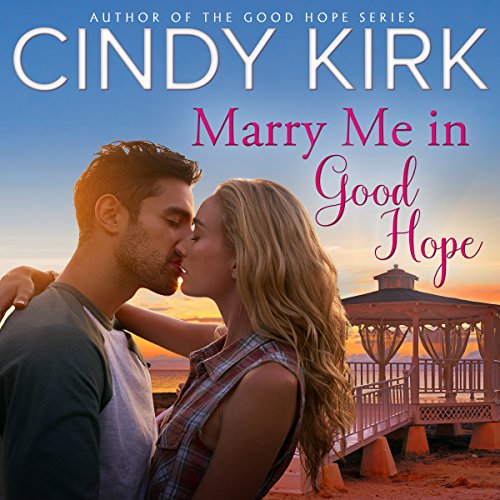 Marry Me in Good Hope

Of all the things Hadley Newhouse expected to find in Good Hope, love wasn’t on the list.

The baker extraordinaire has spent the last three years hiding her past and holding her breath. It isn’t that she likes being evasive. She just doesn’t want to open old wounds. Still, Hadley understands there’s a fine line between discretion and disaster, and she’s pretty sure agreeing to work for sexy single father David Chapin leaps right over it.

David knows firsthand the havoc secrets can wreak. It was a secret that made his ex-wife walk out on their family, and now a secret elopement has cost him his daughter’s longtime nanny. When he learns that Bloom’s Bake Shop will temporarily close, leaving Hadley without work, he immediately offers her a job. He already knows his daughter adores Hadley, and after a few days with the beautiful baker, David realizes he does too.

Hadley has always believed that happily ever after was meant for other people, not for her. Yet when David paints a picture of a life with him and his daughter, Hadley begins to believe her dream really could come true. But before that can happen, she must come clean. David deserves to know what really brought Hadley to Good Hope - even if hearing it means he’ll want Hadley gone for good.