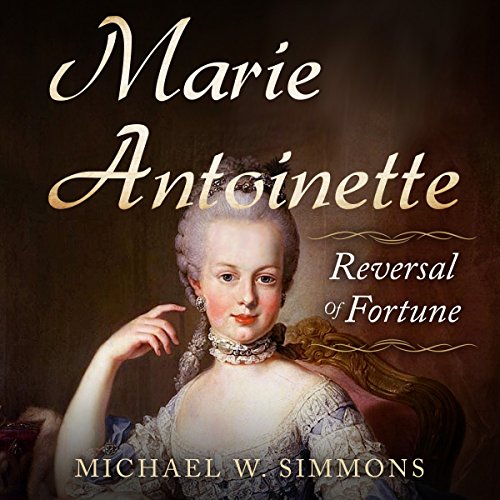 Three-foot-tall hairdos, "let them eat cake", and the guillotine: this is the sum total of what most people know about Marie Antoinette, the last Queen of France.

The wife of King Louis XVI and the daughter of Maria Teresa, Holy Roman Empress, did indeed wear her hair three feet high, when she wasn’t wearing straw bonnets and simple muslin gowns and playing at being a dairymaid at her fantasy retreat of Petit Trianon.

But she never said "let them eat cake", nor was she the vain, shallow creature who was said to have drained the coffers of France to pay for her luxuriant amusements. The guillotine was real, however.

In this audiobook, you will hear about the life of the woman who was born an insignificant archduchess and defied all expectations for her future by marrying the heir to the throne of France, only to go seven years without consummating her marriage. The victim of a misogynistic, sex-obsessed tabloid pamphlet industry, Marie Antoinette went from being a popular young queen to the most hated woman in France. The national obsession with the foreign-born queen ignited a revolution, destroying a thousand year old monarchy - and the lives of everyone she loved.