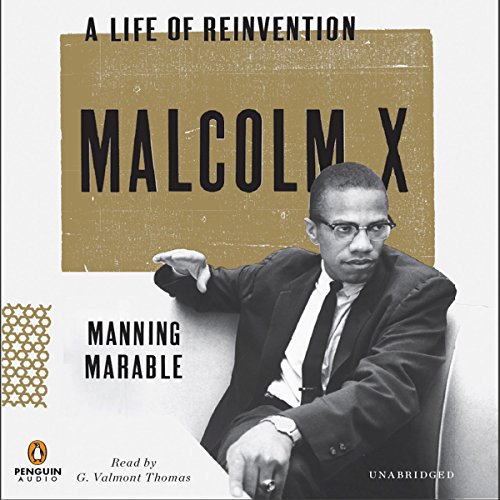 Years in the making, this is the definitive biography of the legendary black activist. Of the great figures in 20th-century American history, perhaps none is more complex and controversial than Malcolm X. Constantly rewriting his own story, he became a criminal, a minister, a leader, and an icon, all before being felled by assassins' bullets at age 39. Through his tireless work and countless speeches, he empowered hundreds of thousands of black Americans to create better lives and stronger communities while establishing the template for the self-actualized, independent African American man. In death, he became a broad symbol of both resistance and reconciliation for millions around the world.

Manning Marable's new biography of Malcolm is a stunning achievement. Filled with new information and shocking revelations that go beyond the Autobiography, Malcolm X unfolds a sweeping story of race and class in America, from the rise of Marcus Garvey and the Ku Klux Klan to the struggles of the civil-rights movement in the 50s and 60s. Reaching into Malcolm's troubled youth, it traces a path from his parents' activism through his own engagement with the Nation of Islam, charting his astronomical rise in the world of Black Nationalism and culminating in the never-before-told true story of his assassination.

Malcolm X will stand as the definitive work on one of the most singular forces for social change, capturing with revelatory clarity a man who constantly strove, in the great American tradition, to remake himself anew.