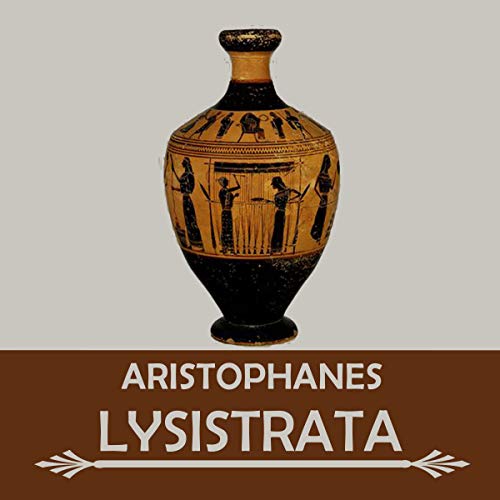 Lysistrata is a comedy by Aristophanes. Originally performed in classical Athens in 411 BC, it is a comic account of a woman's extraordinary mission to end the Peloponnesian War by denying all the men of the land any sex, which was the only thing they truly and deeply desired. Lysistrata persuades the women of Greece to withhold sexual privileges from their husbands and lovers as a means of forcing the men to negotiate peace - a strategy, however, that inflames the battle between the sexes.

The play is notable for being an early exposé of sexual relations in a male-dominated society. Additionally, its dramatic structure represents a shift from the conventions of Old Comedy, a trend typical of the author's career.

It was produced in the same year as the Thesmophoriazusae, another play with a focus on gender-based issues, just two years after Athens' catastrophic defeat in the Sicilian Expedition. At this time, Greek theater was a profound form of entertainment, which was extremely popular for all audiences as it addressed political issues relevant to that time.