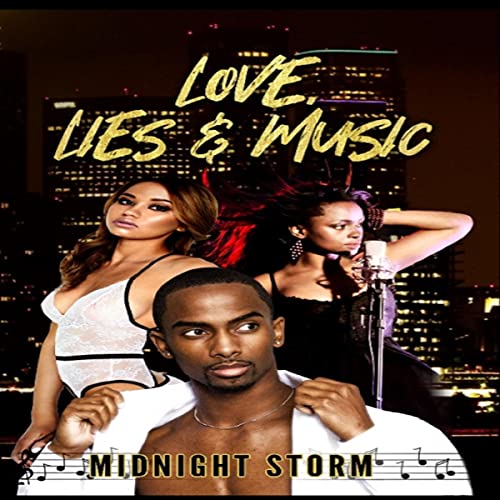 Inspiring singer and songwriter Juniper Alexander lives in a fast-paced city where many dreams seem to come true. Despite the abusive behavior of DaMarco, her boyfriend and music manager, Juniper fights to stand by her man, even in the face of complaints from her sisters, Tas and Kacia. Unfortunately, as strong as she tries to be, she soon finds herself dealing with secrets, lies, and betrayal.

Educated, sexy, and promiscuous, Laci Wilmore is a woman who knows what she wants and knows how to get it. After she leaves Fresno to start a new job in Los Angeles, she meets DaMarco, seemingly the man of her dreams, a fresh change after a long line of disappointments and trauma. However, just when Laci thinks she’s found her one true love, her dark past begins to catch up with her, and she realizes she may have to resort to her old tricks to save herself.

Not yet 30, DaMarco Richards seems to have it all: a great body, smooth moves, and sweet talk. His promotion to district manager at Dell Computers leaves him feeling like he’s on top of the world. Dating two women turns out to be a struggle, though, and when one encounters a life-changing event, DaMarco finds himself facing what may be some life-altering decisions.

Handsome and upstanding Lorenzo Ryan is a music producer who shares custody of his 11-month-old daughter, Symone, with his on-again/off-again girlfriend, Erin. When a tragic event takes place, the bitter truth unfolds, and Lorenzo finds himself dealing with a new love he’s not sure he’s ready for.

In this sexy tale of love, lies, and heartbreak, Midnight Storm explores what happens when lives are challenged, and everyone must face the true meaning of Love, Lies & Music.