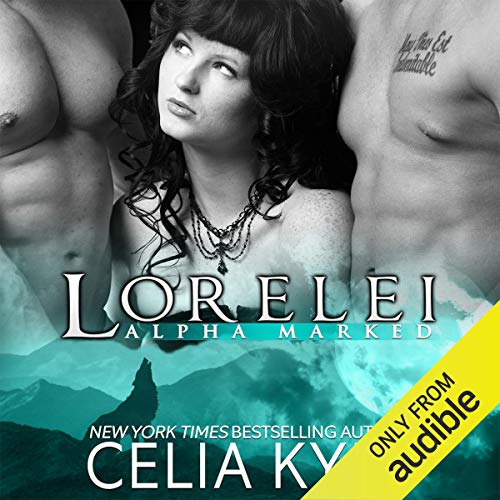 Thirty and single? Well, getcha ass to the Gathering! Wait...what?

Lorelei is a hint over 30 - nobody better ask how much of a hint - and isn't sure why the hell she's been magically hauled to the land of werewolves. But she has. Which sucks. At least they stole her while she was at the gun range. Go Pink Pistol of Doom! So, they stole her, she stole a cell phone in return, and all is crazy in her new werewolf-laced world. It gets even crazier when, one - she discovers her sisters have been kidnapped, too, and two - werewolves are sexy as all get out. Lorelei is determined to come to her sisters' rescue and, well, see what Dylan and Zeke have to offer.

Dylan and Zeke can't believe they've found their mate. Even though word was passed around that Wardens can have mates, they never thought they'd find theirs. And, yet, here she is. Lorelei - gorgeous, lush, and curved in all the right places - calls to their magic and heats up their wolves. They want to lick her from head to toe...together. And they will, once they get that little gun out of her hands. Hell, maybe she could keep it. She is sexy even when she threatens their lives.

They found her and now they're gonna mate her...as soon as they take care of the powerful five families threatening to take Lorelei from them. Blood may be involved. Sucks to be those guys.

Part of the Alpha Marked Series: