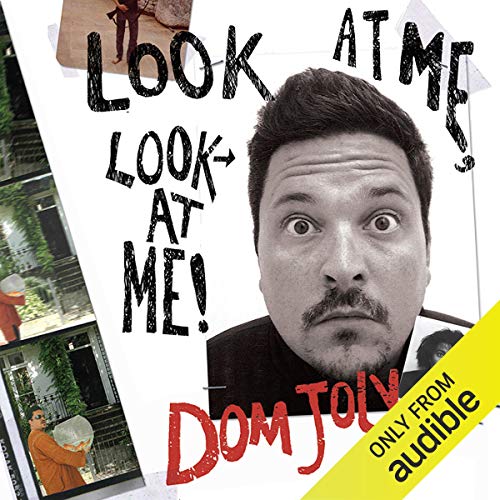 At last in audio - Dom Joly's no holds barred autobiography of a man with the ego of Napoleon and the talent of Darren Day with a brand new exclusive introduction. Dom Joly reveals how he murdered his Armenian nanny before his second birthday, how as a student he inadvertently gave Kurt Cobain the inspiration for 'Smells like Teen Spirit', how as a producer for ITN he mistook John Major for a large lizard, and how after being raped by a TV weathergirl the scandal was hushed up and Trigger Happy TV was born.

Dom Joly promises many other sensational revelations involving fellow celebrities including Vanessa Feltz, Peter Mandelson and Uday Hussein and many others yet to be identified.

"Joly serves up a narrative of the bizarre and improbably... Brutal electrocution of a nanny, a fling with Nigel from Turkmenistan and a stint at MI6 rouse laughs aplenty." ( The Observer)
"If you thought Trigger Happy TV was well-observed, you’ll discover it merely scratched the surface." ( Heat)
"The bastard offspring of Spike Miligan and Baron Munchhausen, it is deeply strange and very funny." ( Sunday Times)