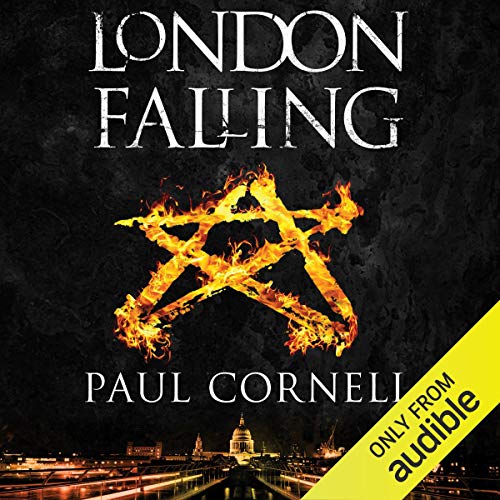 Detective Inspector James Quill is about to complete the drugs bust of his career. Then his prize suspect, Rob Toshack, is murdered in custody. Furious, Quill pursues the investigation, co-opting intelligence analyst Lisa Ross and undercover cops Costain and Sefton. But nothing about Toshack’s murder is normal.

Toshack had struck a bargain with a vindictive entity, whose occult powers kept Toshack one step ahead of the law - until his luck ran out. Now, the team must find a 'suspect' who can bend space and time and alter memory itself. And they will kill again.

As the group starts to see London’s sinister magic for themselves, they have two choices: panic or use their new abilities. Then they must hunt a terrifying supernatural force the only way they know how: using police methods, equipment, and tactics. But they must all learn the rules of this new game - and quickly. More than their lives will depend on it.

Paul Cornell has written some of Doctor Who's best-loved episodes for the BBC. He has also written on a number of comic book series for Marvel and DC, including X-Men and Batman and Robin. He has been Hugo Award nominated for his work in TV, comics, and prose, and won the BSFA award for his short fiction. London Falling is his first urban fantasy novel.

"He's gone and written a novel too! I suspect it will be just as good as everything else he's written, and that's not fair at all." (George R R Martin)