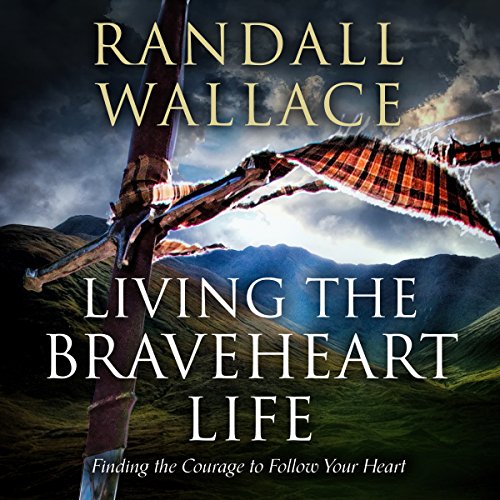 More than 20 years ago, Braveheart captured the hearts of moviegoers around the world. The film was nominated for 10 Academy Awards, winning five. Now, for the first time, author and screenwriter Randall Wallace shares the journey that led him to the famous Scottish warrior and how telling the story of William Wallace changed the direction of his life and career - from that surprising first moment in Edinburgh, Scotland, to selling the script to a major Hollywood studio.

Part autobiography, part master class, Living the Braveheart Life invites us to explore five major archetypes in Braveheart that resonate not only in Randall's life but in the modern-day lives of both men and women: the father, teacher, warrior, sage, and outlaw. Join blockbuster film director Randall Wallace on the journey of his creative and personal life. Discover why thousands of moviegoers continue to say Braveheart is their all-time favorite film and how its creator and architect came to believe that he must write as if his life depended on it.

Living the Braveheart Life is a challenge to all of us to engage in the greatest battle of all - the one inside the human heart.

During his prolific Hollywood career, Randall Wallace has amassed an enviable body of work. Films such as The Man in the Iron Mask, We Were Soldiers, and Secretariat have become box office standards. Yet no film defines his life and career more than Braveheart, written from a well of deep personal passion, steeped in years of reflection.

With roots in small-town Tennessee, Randall's hunger for adventure and unlimited horizons leads him to Duke University. There he sits under the tutelage of Thomas A. Langford, whose infectious love and learning and faith light up a classroom and a young man's vision of life's possibilities.

"I don't think I've ever read anything like it...a prescription for what ails the contemporary soul." (Steven Pressfield, screenwriter and author of The War of ArtFront Flap)

I loved the stories Randall Wallace shares about his journey and the journies of his fellow travellers. I also really enjoyed the speaker who did a fine Scots accent. :-)
I can highly recommend it to anyone interested in a more than standard life - with real meaning. For a "Braveheart"-fan it's also fascinating to hear all the emotional drives to the story and its characters and what inspired them.