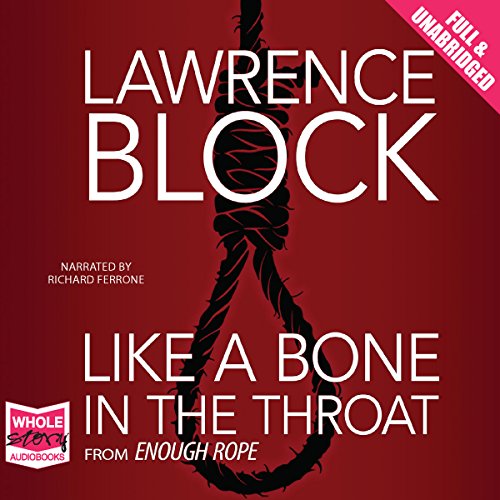 William Charles Croydon, a convicted murderer sentenced to death, amuses himself by exchanging correspondence with the misguided women who send him fan mail. But soon even that loses its attraction, and so he begins to write to the brother of his victim, Paul Danridge. At first, Danridge doesn’t reply, so he writes again, and again. After ignoring the letters initially, Dandridge finally can’t help himself and begins writing back.

Praise for the author:
"Block is still one of the greatest crime writers of his or any other generation." (Daily Mail)

Das sagen andere Hörer zu Like a Bone in the Throat