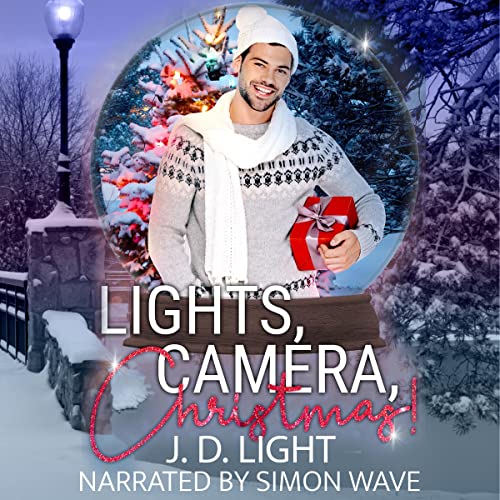 What happens in those Christmas movies doesn’t happen in real life...right?

When Blake Sunday, an actor well-known for his super-fluffy roles in made-for-television movies, comes to the small but bustling town of Hidden Springs, Missouri to film a Christmas movie, he knows immediately that it's where he wants to put down roots. His restless, energetic nature gets him sent on a coffee run where he steps inside Knick-Knack Patty-Cakes and meets its adorable owner.

Declan Alexander is chubby and clumsy with wild, curly black hair that can only be tamed with a stocking cap, and has an unnatural obsession with made-for-TV Christmas movies…and Blake Sunday. So, when the gorgeous actor comes waltzing into his bakery, naturally Declan becomes a force of destruction on feet.

Blake is completely smitten by the shy man and does everything he can to get the guy’s attention, but Declan has one excuse or another any time Blake asks him out, and though Blake understands how busy the man is, he's starting to think it might be Declan’s way of turning him down nicely.

A snow globe with an interesting scene laid out inside, a few too many peppermint margaritas, and Declan's secrets-spilling nephew reel Blake back in when he thinks about giving up and give him the courage to go for it again, even after he promised himself he wouldn't.

Although this book is part of A Snow Globe Christmas series, it is a complete stand-alone, and it isn’t a requirement that you listen to the previous books to follow along. We wish everyone a happy holiday season.