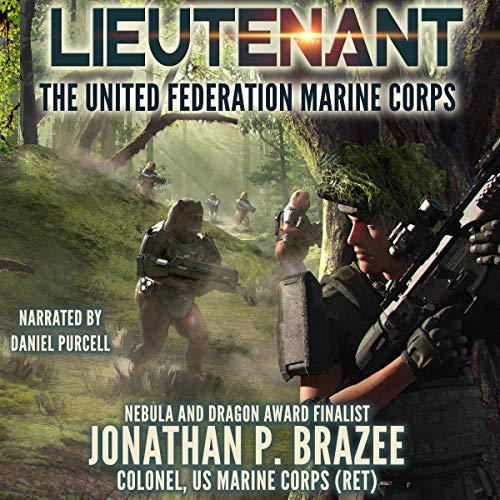 As a certified Federation "hero," Sergeant Ryck Lysander is offered a commission as a second lieutenant. Only, he doesn't feel like a hero, and his tendency to jump into a fight himself is at odds with his mission as a junior office. Accepting his commission might have been a big mistake.

When contact with an alien species is finally made, that contact is not peaceful, and Ryck is thrust back into combat, combat that does not end well and plunges Ryck into an emotional crisis. Thrown the lifeline of transferring to Marine Reconnaissance, where he is back to being a fighter and not responsible for as many subordinates, this is Ryck's last chance to determine if he has what it takes to be a leader of Marines.

Lieutenant is the third book of Ryck's service as a Federation Marine.