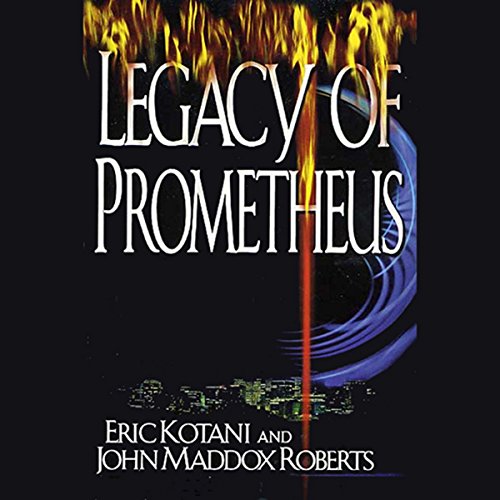 Eric Kotani is a pen name used by a world-class astrophysicist. He was the head of the astrophysics laboratory at the Johnson Space Center during the Apollo and Skylab missions and has since served as director of a NASA satellite observatory for 15 years.

Kotani and John Maddox Roberts, an accomplished SF and mystery writer, join forces on Legacy of Prometheus, a thriller that tackles the biggest question the world will face in the coming century: an energy crisis.

Conventional methods for harnessing power are failing, but technology is racing to tackle the problem, seeking to generate energy with solar power. When the government announces it will guarantee a market for the first company to beam a gigawatt of energy to the planet, Cash Carlson and his Lone Star Space Systems get a jump on their rivals by constructing Prometheus, the solar powered satellite. Cash eventually teams up with the beautiful young journalist Sachi Sasano to play a dangerous game with desperate men. And it's not just control of the world's energy market at stake. It's also their lives.