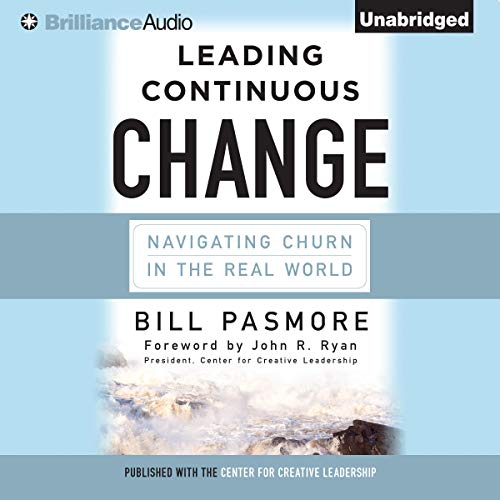 It's not news that globalization and ever-faster technological innovation have increased the pace of change exponentially. Existing change models were devised to deal with individual changes, one by one, but that's not a luxury leaders have any more. Bill Pasmore, senior vice president at the Center for Creative Leadership and a professor at Columbia University, offers a four-part model that will allow leaders to deal with multiple changes simultaneously without drowning in the churn.

First, Pasmore urges leaders to think fewer. He shows you how to "back away from the buffet table" - sort through the dizzying array of potential change efforts you could undertake and identify a few focused "healthy" choices that will most benefit your organization. Next, Pasmore says, think scarcer - be realistic about the resources you actually have at your disposal, including how many people in your organization are willing and able to lead change efforts. Then, having narrowed your choices, allocated your resources, and found your change agents, you need to think faster. Pasmore offers advice for streamlining change processes, getting buy-in throughout the organization, and increasing the pace of change. And finally, he says, think smarter: build in processes to learn from change initiatives while they're happening and apply that learning to new and ongoing change initiatives.

Change is not the problem - thinking about change in old-fashioned narrow and prescribed terms is. Recognizing it for the complex machine that it is and accurately taking stock of your resources and speed is what works.