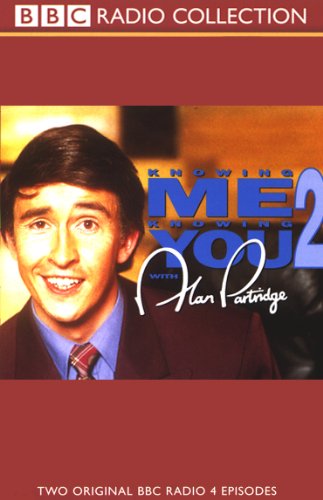 Knowing Me, Knowing You with Alan Partridge

When Alan meets 'France's second best racing driver' Michel Lambert, their discussion ranges from Cyrano de Bergerac to haute cuisine (or 'hot food', as Alan translates it). Friend of the stars Shirley Dee talks about the new film of her life, whilst ex-hostage Chris Lester is introduced to a surprise guest, the man he was chained to for two years in Liberia. Finally, a drugs scare ends the show on yet another bombshell.

Royalty visits the studio for the second programme when the Duchess of Stranraer tells Alan about her work for charity, her campaign against drugs and career structure within the Royal Family. Comedian Steve Thompson rubs Alan up the wrong way with an impersonation that's too close to home and a career ends in tatters when Alan meets the junior minister for Housing, Sandra Peaks, and confronts her on sordid allegations in The Sun.

Joining Steve Coogan as he squirms his way across the easy chairs are Rebecca Front, Doon MacKichan, Patrick Marber, and David Schneider.