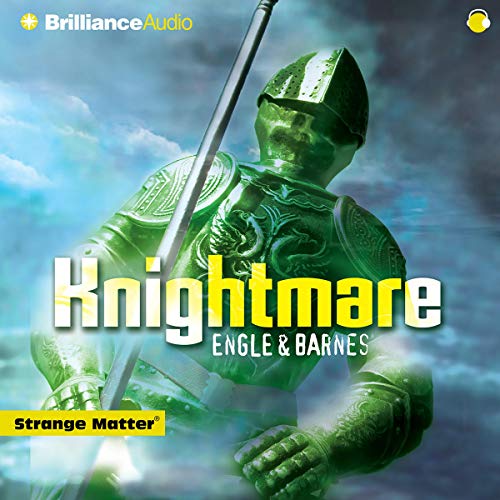 Mitchell Garrison has made a terrible mistake.

While on a class field trip to the museum, Mitchell's friend, Howard, dares him to snatch a small, unguarded artifact from around the neck of an old, emerald suit of armor. Cracking under the pressure of his pal calling him "chicken," Mitchell reluctantly agrees, but soon comes to regret it.

That night, with the stolen piece of history tucked safely under his bed, Mitchell finds it difficult to sleep. It isn't very long after he closes his eyes that he has his first nightmare.

Terrible visions of monsters, beasts, and wild men attack him in his sleep, trying to stop him from reaching his final opponent, an ominous, emerald suit of armor... just like the one at the museum! The dream always ends the same way; the knight strikes Mitchell down.

When things from the dreamworld start happening in real life, Mitchell pleads with Howard and their other friend, Keri, for help. He knows in his gut that he must return the artifact to where it belongs...

before the Knightmare comes true.