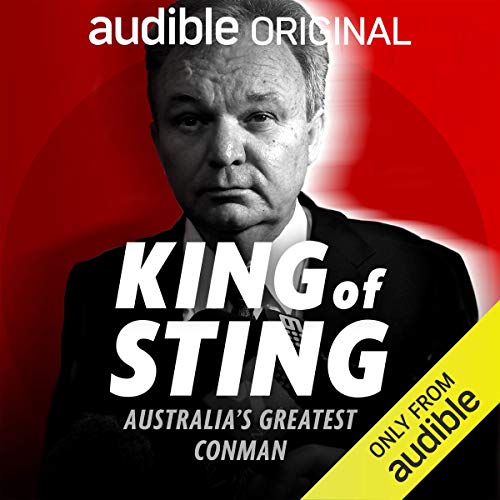 King of Sting: The Story of Australian Conman Peter Foster

Peter Foster is a career conman who charmed his way into the lives of the rich and famous around the world. Justin Armsden is the reporter who’s been on his tail for 25 years.

In King of Sting, the two play cat and mouse as Armsden retraces Foster’s merciless series of stings, from Australia’s glittery Gold Coast to London, Fiji and beyond. Armsden reveals how Foster swindled more than $100 million from hopeful victims while earning the trust of Muhammad Ali, British First Lady Cherie Blair and singer-songwriter Samantha Fox.

With secretly recorded conversations and a private investigator on side, King of Sting exposes the enormous power Foster has built for himself and his many unbelievable escapes from the law.

Now, as Foster hatches his latest scam under a new alias, Armsden hopes to catch the fraudster in the act for the final time.