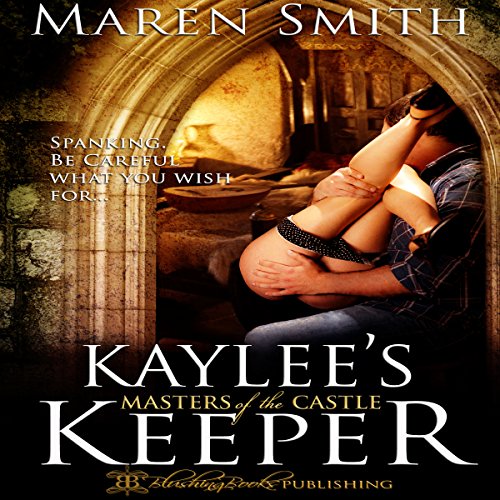 Welcome to the Castle.

Kaylee Waters has saved her pennies for almost two years, mentally debated for six months, changed her mind no less than two dozen times, and finally purchased a three-day pass to what promised to be the vacation of a lifetime: The Castle, the kinkiest theme-resort-to-end-all-vacation-resorts.

Marshall Leaf, founding partner of The Castle, has seen a lot in the three years since the resort opened, but Ms. Kaylee Waters pretty much takes the prize. As far as he can determine, the only truthful thing on her application is her name, and he's not even completely sure about that. She lied so heinously about her past experiences (which are exactly zilch) that what he should do is refund her money and put her on a fast bus home. Instead, for reasons he can't quite understand, he gives her the first spanking of her life and then sends her back out into the resort. He doesn't give a damn whether she wanted the spanking or not: It was exactly what she needed.

Kaylee should be ecstatic. She's already gotten a spanking, and The Castle is perfect: everything she's dreamed of - and more. She can be anything she wants: sassy maid, naughty schoolgirl, bad "baby" in the nursery, captured princess in the dungeon. But, even though the ice has been broken, why isn't she still fitting in anywhere? Why does everything just feel wrong? Why does she break the rules again and again and find herself right back in Master Marshall's office?