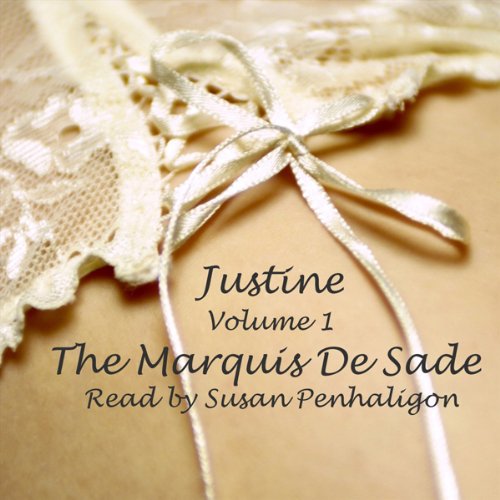 The Marquis De Sade completed the first draft of Justine Volume 1, a powerful and compelling descent into the realms of sexual perversity and sado masochism, during two weeks in 1787 while a prisoner in the Bastille.

Despite six reprints the book's candor and sexual explicitness outraged the French establishment so much so that both de Sade and his publisher were arrested and instructed to relinquish any further copies and manuscripts in their possession. Today Justine Volume 1 remains a quintessential chronicle of unspeakable carnal desires.

This production is read by Susan Penhaligon who will be very familiar for her television work amongst which 'Casualty', 'Upstairs Downstairs', and 'Bergerac' take their place alongside her ground breaking role in 'Bouquet of Barbed Wire'.