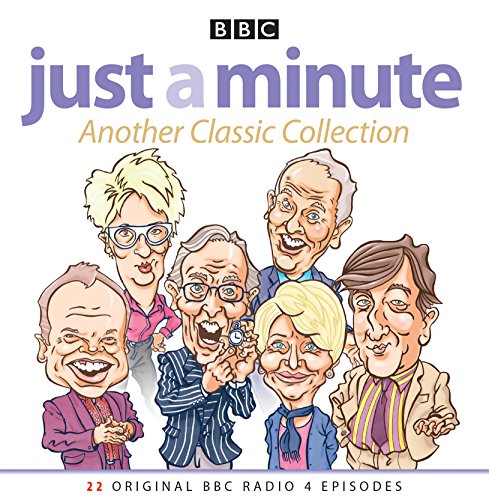 Loved for the verbal dexterity, wicked wit and competitive edge of its participants, Just a Minute has welcomed scores of guest players to the game since it began in 1967. Among the most successful and popular of those are Sheila Hancock, Gyles Brandreth, Jenny Eclair, Stephen Fry, and Graham Norton. This audiobook presents four specially selected episodes for each of them, all published for the first time, all highlighting the players at their cleverest and funniest.

With episodes taken from the 1960s, 1970s, 1980s, 1990s, and early 2000s, there is strong participation from some of the more regular players of the game: Clement Freud, Kenneth Williams, Derek Nimmo, Peter Jones, and Paul Merton. Others playing here include Tony Hawks, Linda Smith, Julian Clary, Ross Noble, Tim Rice, William Rushton, Martin Jarvis, and many more. As always, Nicholas Parsons is the capable chairman of the game.