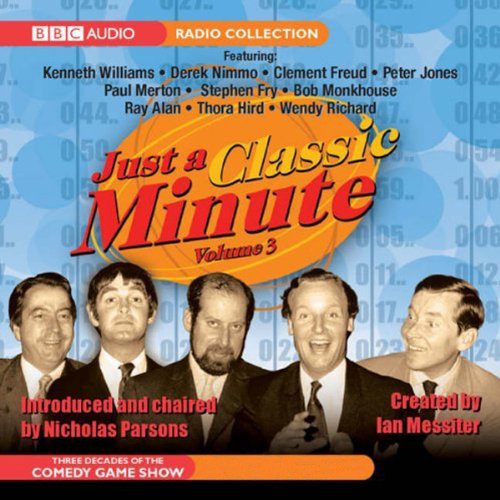 Nicholas Parsons presents four more specially-selected archive episodes of the ever-popular comedy panel game from its early days. Just as uproariously funny and terrifically popular today as when it first began on BBC Radio 4 in 1968, Just a Minute challenges contestants to speak for one minute on a given subject without repetition, hesitation, or deviation.

Its mix of irreverent fun and ferocious competition has always attracted stellar names from the world of comedy and theatre, all of whom pit their wits, against regular players including Kenneth Williams, Derek Nimmo, Clement Freud, and Peter Jones. Nicholas Parsons, who has been at the helm of the series since it began, as chairman and occasionally as player, introduces this sparkling quartet of editions and provides fascinating background information on the game.