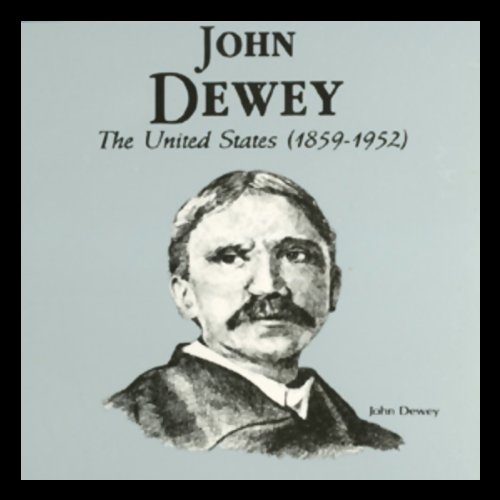 John Dewey was America's most influential philosopher. He wanted philosophy to rise above old tired disputes to address new, more vital questions and problems. Dewey's views are known as "pragmatism", which emphasizes action and results. He believed that knowledge and ethics, as well as art and religion, live only in the daily practice of one's life. Philosophy isn't a system of beliefs but a practical, empirical method of inquiry. It is one with education, which continually develops and renews the capacity for new habits.

Dewey believed that the scientific method can be extended to human affairs. Properly applied, it enables us to organize society to enhance personal happiness and community cooperation. Democracy, for Dewey, is more a way of life than a form of government; each person should help create and direct the social forces that affect our lives.

The Giants of Philosophy is a series of dramatic presentations, in understandable language, of the concerns, questions, interests, and overall world view of history's greatest philosophers. Special emphasis on clear and relevant explanations gives you a new arsenal of insights toward living a better life.

Great condensation of the ideas of a prolific writer

Dewey is infamous for the sheer amount he wrote throughout his life. It is surely impossible to attain an overview of his thoughts on a variety of issues through the original writings without spending a lifetime reading them - but this is a nice alternative. With Chapters separated into digestible parts discussing key aspects of his philosophy - be it truth, experience, democracy, religion, or aesthetics - one can quickly get an overview of what was the basis for his thought and how he deduced his later conclusions. This is probably the most accessible and understandable introduction to Dewey I have found - with fitting citations read in different voices to give an auditory emphasis of the different people speaking, both quoting Dewey directly as well as people who favoured or criticised him. I would highly recommend this recording for people interested in Dewey’s thought.