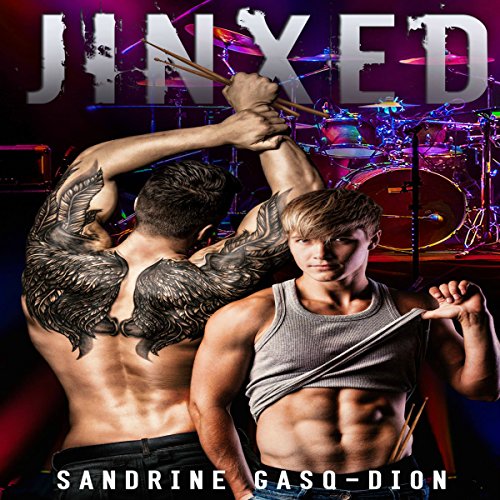 Jinx Jett is a rock superstar. As such, the hunky Skull Blasters drummer thoroughly enjoys the many perks of willing groupies, earning him a reputation as the band slut. Making it big and scoring hot women is something Jinx never expected. There's a little voice in the back of his mind constantly reminding him of how he used to be - shy, overweight and acne prone. One night in a gay bar turns life upside down when Jinx runs into Jayden Dempsey, a kid he's been fantasizing about since giving him his autograph at a mall. Long-held insecurities keep Jinx from fully committing to anyone, and he may lose Jayden if he can't put his past behind him.

Jayden Dempsey always wanted out of his life in small-town Alabama. When his parents kicked him out after he told them he was gay, Jayden decided the time was right to move on. He crosses the country to try out for Singers!, a show that propels unknowns to stardom. In a twist, producers choose him and three others as winners and form a boy band called London Boys. This season, the show brings Jayden and the guys back for the finale. Surprise! The contest's heavy metal finalist will be singing with Skull Blasters.

Jinx and Jayden's initial meeting doesn't go so well, and Jayden's stunned when the guy he's crushed on for years turns out to be a total jerk. It doesn't stop him from falling into Jinx's arms every time they're alone, but Jayden didn't sign on for one-nighters. He wants Jinx Jett, baggage, and all. Can a former teen outcast put rejection behind him and embrace the acceptance standing right in front of him? How much will one boy bander put up with from his rock idol before enough is enough? Can they make it work? Or are they jinxed in love?