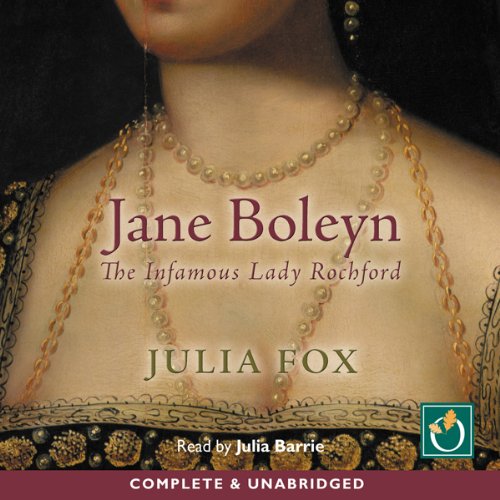 Jane Rochford was the sister-in-law to Anne Boleyn and Lady of the Bedchamber to Catherine Howard, whom she followed to the scaffold in 1542.

Hers is a life of extraordinary drama as a witness to and participant in the greatest events of Henry's reign. Her supposed part in both Anne Boleyn's and Catherine Howard's downfall has led to her being reviled through the centuries.

In this fascinating biography, Julia Fox repudiates the idea of the infamous Lady Rochford, and Jane emerges as a rather modern woman forced by brutal circumstances to fend for herself in a politically lethal world.

"Ecstasy. This bio offers a dramatic writing, new info and a moving re-examination of a woman wronged for centuries by historians." ( Pittsburgh Tribune-Review)