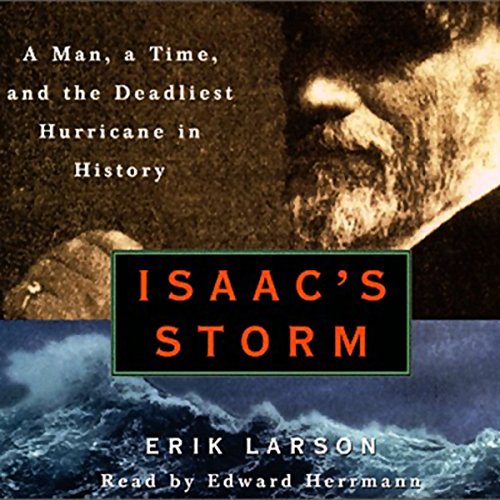 From the best-selling author of The Devil in the White City, here is the true story of the deadliest hurricane in history.

September 8, 1900, began innocently in the seaside town of Galveston, Texas. Even Isaac Cline, resident meteorologist for the US Weather Bureau failed to grasp the true meaning of the strange deep-sea swells and peculiar winds that greeted the city that morning. Mere hours later, Galveston found itself submerged in a monster hurricane that completely destroyed the town and killed over 6,000 people in what remains the greatest natural disaster in American history - and Isaac Cline found himself the victim of a devastating personal tragedy.

Using Cline's own telegrams, letters, and reports, the testimony of scores of survivors, and our latest understanding of the science of hurricanes, Erik Larson builds a chronicle of one man's heroic struggle and fatal miscalculation in the face of a storm of unimaginable magnitude. Riveting, powerful, and unbearably suspenseful, Isaac's Storm is the story of what can happen when human arrogance meets the great uncontrollable force of nature.