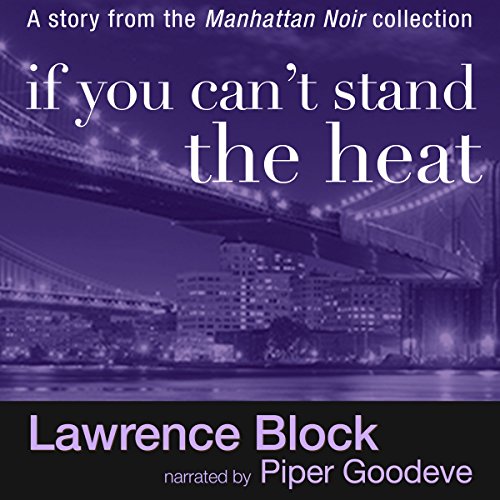 If You Can’t Stand the Heat

Johnny Temple of Akashic Books chose me to edit an anthology of new dark stories set in Manhattan. Manhattan Noir was duly published the following year. Besides soliciting and selecting stories, my duties included writing both an overall introduction to the volume and an original story of my own. The story I wrote, set in the same Hell's Kitchen neighborhood that's home to my detective hero, Matthew Scudder, was "If You Can't Stand the Heat". (And in fact the bar where the story begins bears a definite resemblance to Grogan's Open House, where Matt's friend Mick Ballou holds court.) I didn't know very much about the young woman who stars in "If You Can't Stand the Heat", not even her name. I learned more as I found myself moved to record further adventures for her. Her name kept changing, as did her base of operations; her life style rather compelled her to be peripatetic, and to change identities along the way. At one point, it became evident that I was writing a novel on the installment plan, and Hard Case Crime published Getting Off in the fall of 2011. I've since realized that several of its episodes, originally written as short stories, stand up fine on their own - and have decided to make them available in that form. "If You Can't Stand the Heat" is the first of these. If you want to read more about Kit, #2 is "Rude Awakening", set in the Riverdale section of the Bronx.