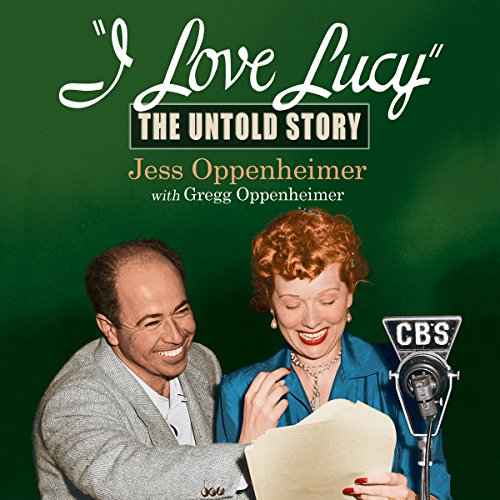 I Love Lucy: The Untold Story

Your exclusive backstage pass to the creation of I Love Lucy:

All royalties from this edition benefit the Motion Picture & Television Fund - caring for those in the entertainment community who are in need.

"A true genius. I owe so much to his creativity and friendship." (Lucille Ball)

Jess Oppenheimer, "the brains" behind I Love Lucy, gives us an insider's view of this groundbreaking show, generously interspersed with recordings of classic Lucy radio and TV comedy performances - including her famous "Vitameatavegamin" routine.

Oppenheimer weaves a wonderfully entertaining tale of the creation of this landmark series and its evolution from Lucy's hit radio sitcom, My Favorite Husband. Lucy aficionados will delight in his personal accounts of stars like Desi Arnaz, William Frawley, Vivian Vance, and of course, Lucille Ball.

"A charming and interesting memoir of the creation of the famous I Love Lucy TV show…. Oppenheimer, the program's creator and producer, uses a number of radio and TV sound bites to supplement his story. Dobkin naturally and effortlessly reads this story of how Oppenheimer began writing for Lucy while she was still performing on radio and then switched to the new medium of television. His voice is always clear, never hurried, and quite pleasing." ( Audiofile)
"Fans of I Love Lucy will enjoy this fascinating look at the making of the series by its producer and head writer…. Plenty of amusing anecdotes about the actors and their antics at work. What is most impressive about this audio is Larry Dobkin’s narration. Listening to his gruff but affectionate tone, chuckling reminiscently at certain memories, one would never know it wasn’t Oppenheimer himself." ( Billboard)